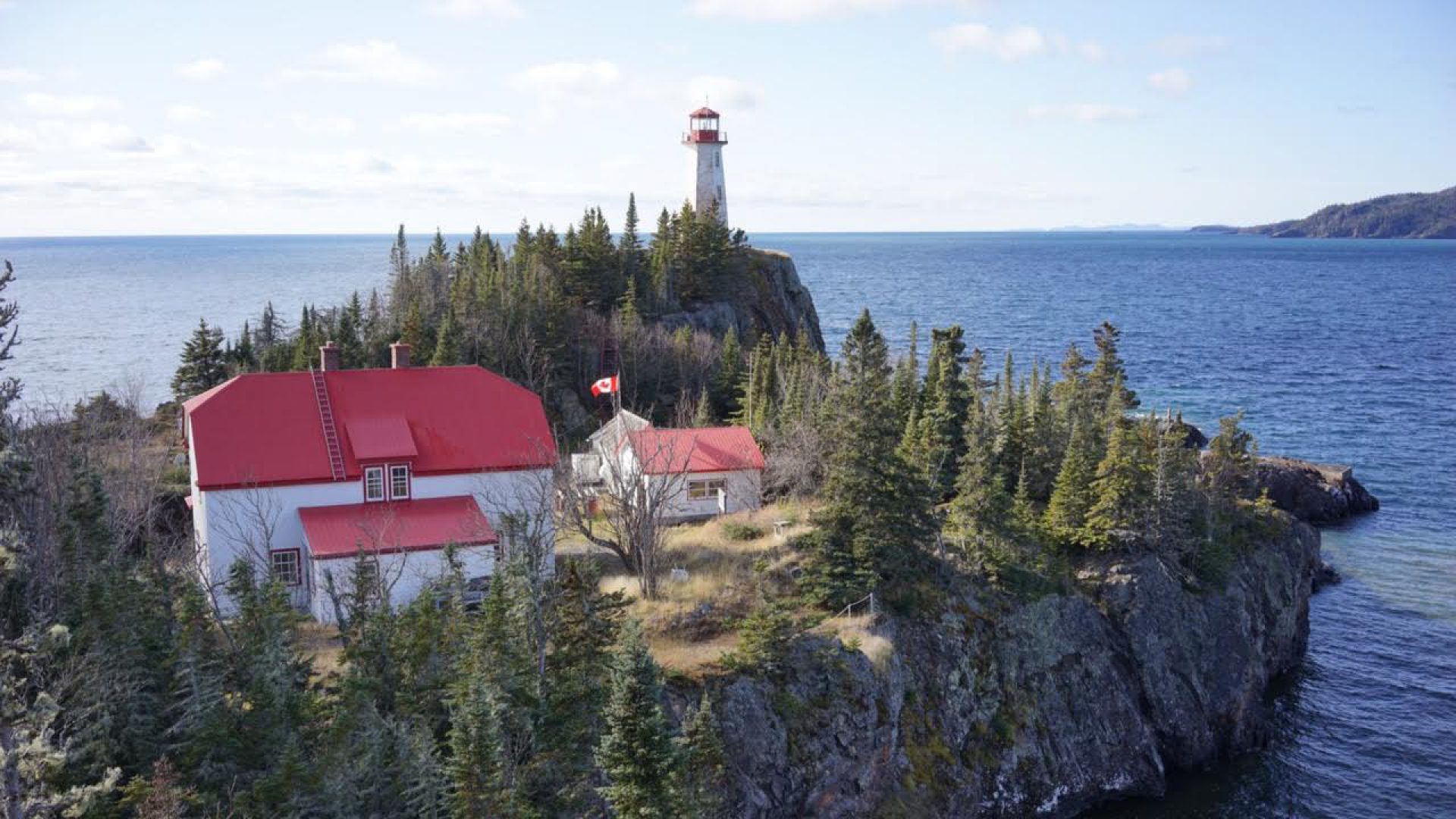 GETTING THERE! Fall 2022 To be announced  Sail Superior’s Superior Rocket RHIB Zodiac will be in Rossport taking lighthouse aficionados and everyone else out to the Island.  Stay tuned.

Battle Island Lighthouse was placed in operated in 1875.

The original lighthouse was described to have exhibited “a revolving catoptric light, showing alternately red and white, and attaining its greatest brilliancy every one-and- a-half minute. It is elevated 105 feet above water mark, and in clear weather should be seen 18 miles. The tower is a square wooden building, 30 feet high from base of structure to vane of lantern, and is painted white.”

The station received a few notable enhancements in 1914 when work began on three new structures: a square, wooden building to house a diaphone fog alarm, a thirty-foot- tall, octagonal lighthouse to replace the original wooden one, and a double dwelling to house the two keepers now needed to look after the light and fog alarm.

The new lighthouse was placed in operation on May 12, 1915 and employed a triple-flash, long-focus reflector to produce the following characteristic: flash, four-second interval, flash, four-second interval, flash, sixteen-second interval. For twelve seconds, or half of the light’s revolution, the light was totally eclipsed, while for the other half a light of 450 candlepower was visible, intensified by flashes of 20,000 candlepower. The illuminant for the new light was petroleum vapour, burned under an incandescent mantle. The fog alarm, which replaced a hand-operated foghorn given to Keeper McKay in 1901, sounded a three-and-a-half-second blast every thirty seconds as needed.

Now you can show your support by purchasing exclusive Battle Island merchandise. We have several sizes and styles to choose from, including youth styles. Click below to check out all the styles and access the order form. Thanks for your continued support!